Meet on arrival at Da Nang international airport, picked up by our coach and guide then transfer to Hoi An.

After check-in hotel, start a walking tour to discover Hoi An Ancient town, with Phung Hung Ancient House – a typical commercial house of Vietnam’s urban areas in the 19th century; Fujian (Phuc Kien) Assembly Hall – built around 1690 and functions as a traditional assembly hall for the Chinese ethnic group from Fujian, China to socialize, but later was transformed into a temple dedicated to their deity named Thien Hau – the goddess of sea who protects sailors from danger. Continue to visit Japanese Bridge – This beautiful little bridge is emblematic of Hoi An. Have dinner at a local restaurant.

Before getting back to the hotel, take a walk on the street along the Hoai River and experience the night life of Hoi An Town. Colorful lanterns are hung on in front of the houses, across the streets and paths all around the town, making Hoi An splendid and very special at night. Overnight in Hoi An.

DAY 2:           MỸ SƠN (B/L/D)After breakfast, drive to My Son holyland. My Son is the former capital of the ancient Cham civilization that ruled Central Vietnam from the second to the thirteenth century. Their religion was primarily derived from Indian Hinduism. My Son is considered to be one of the best-preserved Cham structures in Vietnam. The complex is comprised of seventy Hindu-like towers and temples dating from the second century. This site is a Must-See for those people who are interested in architecture and ancient civilizations and is now one of five UNESCO World Heritage sites in Vietnam. Enjoy Cham dance performance then drive back to Hoi An for lunch.

The rest of the day is at leisure for swimming or tailoring. Dinner and Overnight in Hoi An.

After breakfast, transfer to airport for departure flight, with a stop at Non Nuoc stone-carving village if time allows.

ONE DAY DISCOVERING HOI AN
Schedule: On request. 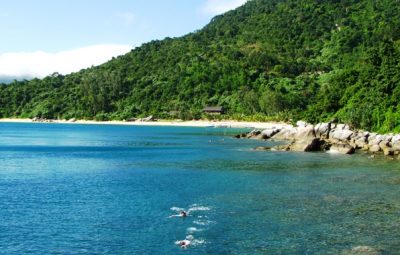